“My son’s story is long, painful and heartbreaking but there have been incredible moments too. Every little achievement has been like a jump to the moon – he has amazed us all with his resilience and determination.

And all, I have to say, with little to no support, which astounds me even now. I have had to advocate so hard for nearly everything he has received.”

Eleven-year-old Jordan spent three months in hospital and two weeks in a coma.

“He didn’t so much ‘wake up’ as slowly become more aware of his surroundings; he had to learn to walk and it was quite a few weeks before he started talking.

“As the weeks went on, we learned that Jordan was now vision impaired, had severe short term memory loss and pituitary illness. Our whole world changed.

“It took nearly 12 months but we learned that the bleed was caused by a tumour in both optic nerves and his optic chiasm – the part of the brain where the optic nerves cross. When we got home there was no support except to go back to the hospital every 12 weeks.

“While Jordan’s recovery was pretty miraculous, he had changed. I quickly became an OT to him as well as everything else he needed me to be. We put up a huge cork board on the wall for reminders and affirmations, we gave him a fish tank and a whiteboard where he could tick off having fed the fish each day. As phones weren’t yet so advanced, we also got him a voice recorder so he could tape all the things he needed to remember for school.

“He had lots of medical appointments, but he made wonderful progress and, after moving to Brisbane for his medical needs, we thought his life was once again on track.”

But then, when Jordan was 18, disaster struck.

“He suffered two more bleeds and all the progress he had made was undone. We were pretty much starting from scratch, except this time he had even more medical issues.

“Jordan is now 24 and his short-term memory loss is still severe at times, he has trouble with his executive decision making and is legally blind. After years of hoping for a miracle, however, his tumour is now stable and life is not as grim as it was. 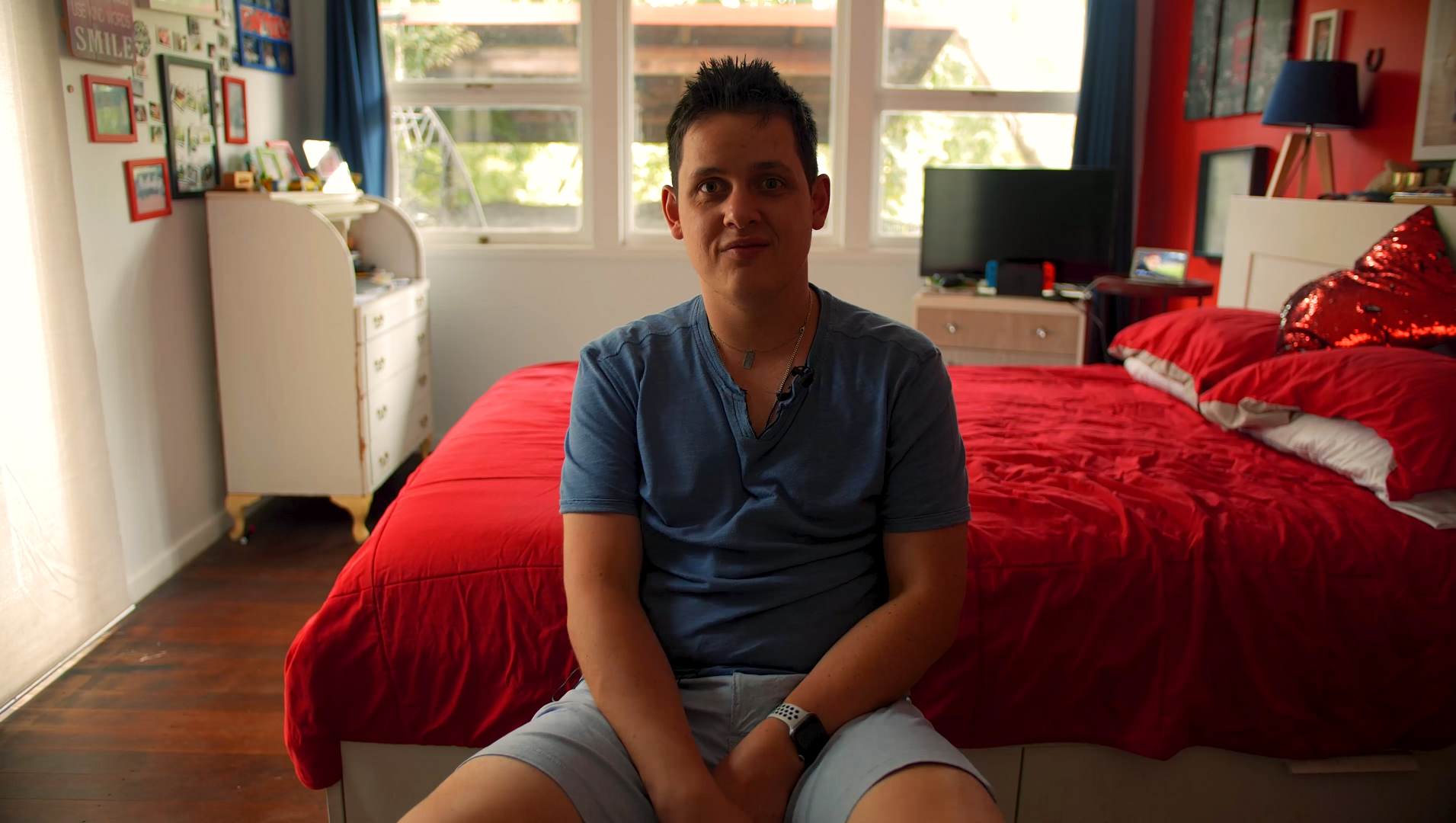 “With NDIS we have great supports in place and the future looks brighter. Jordan has dreams of becoming a Paralympian with his tandem bike and he goes to TAFE twice a week, but sadly he has no friends and will probably never have a job.

“The little to no support for his brain injury astounds me even now; there really is not enough help for the people with an ABI or their carers. Just look at the homeless and prison populations – so many of them in those circumstances because of an ABI.

“Like everything else though change only occurs with many voices or, it seems, if you’re a celebrity, which unfortunately we aren’t! Hopefully one day change will come and then people will get the help they really need without the fight and push.

“Jordan’s dreams keep changing but he’s like a chameleon, forever adapting with the most wonderful attitude. Don’t get me wrong, he gets down and upset as anyone would, but he just starts again. I’m very proud of all he’s achieved and hopefully there is nothing but success ahead for him.”